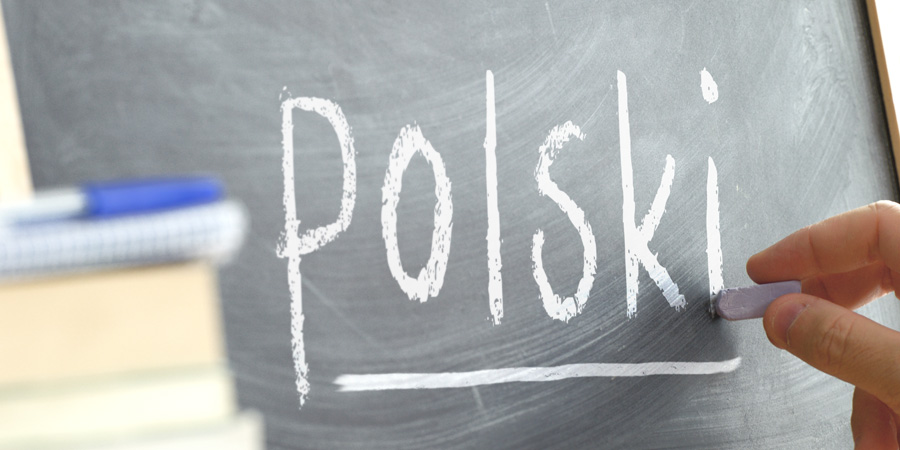 Polish language belongs to the West Slavonic group of Indo-European languages. It took shape in the tenth century. Initially, languages such as German, Czech and Latin influenced the language. Then, it was influenced by French and English language.

More and more people around the world learn Polish as a secondary language. It is estimated that there are over 10 000 people, of which 1/3 is studying Polish universities and language schools.

Polish language is considered to be one of the most difficult in the world, not only because of the pronunciation, but 14 different grammatical forms. In everyday use it is up to 20 thousand words, but the most comprehensive dictionaries include more than 130 000 units.

In recent years many English words has developed in Polish language but be careful of their meaning, because it often means something else in Polish.

Consonants sound pretty much like they do in English, there are only 3 tenses: present, future and past. and the stress of a word is always on the penultimate syllable. In Polish there are no articles. The Polish alphabet is very similar to most of the European alphabets with the exception of some of the Polish letters like ó, ż, ź, ą and ę. The alphabet is phonetic.

Learning of Polish will allow you to understand some West Slavonic languages - Czech, Slovak, Serbian. It will be easier to learn the Belarusian, Bosnian, Bulgarian, Croatian, Russian, Slovenian, and Ukrainian.