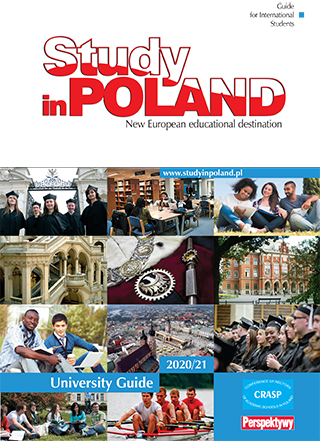 A few decades of tradition obliges. The Wroclaw Medical University rose from the ashes of a city brought down by the tragedy of World War II.

But the foundation of our university did not consist of stone, but of people – outstanding scientists, mostly from Lviv, but also of German and Jewish descent. Here science and medicine was created by brilliant professors: Alzheimer, Bross, Mikulicz-Radecki, Baranowski and Hirszfeld, to name a few. They were the people who set directions for our development and it is their legacy, that we acquired. The post-war history of our Alma Mater began in 1946. At first, we were merely a medical faculty on the University of Wroclaw combined with the local Technical University. Four years later the faculty was transformed into the Medical Academy, which in 2012 was officially named the Wroclaw Medical University.

Remembering our tradition, today we are creating the future of our university and Polish medicine. The popularity of our fields of study, research projects carried out by students, and the accomplishments they achieve give us thousands of reasons to be proud. We would like to share all of them with You.

Wroclaw Medical University is one of the best medical universities in Poland. For many years it has been very popular with the candidates for studies. Currently, We are educating over 6000 students in 10 fields: Medicine, Medicine and Dentistry, Pharmacy, Medical Analysis, Dietetics, Emergency Medicine, Physiotherapy, Nursing, Obstetrics and Public Health. Besides studying in Polish, we also offer English studies in the Medical and Dentistry faculties. Thanks to the English Division, many foreign students study medicine in Wroclaw.

The English Division was established in 2003. The curriculum is identical with that of Polish Division. The studies are adapted to the common European programme, in keeping with the European admission standards for medical education. Teaching is carried out by a team of highly educated specialists in tutorial groups of 10-12 students in the theoretical subjects and 4-5 students during bedside teaching. Students of English Division are mainly German, Swedish, Canadian, American and Norwegian citizens. In the 2018/2019 academic year there are 837 students of English Division, including 694 in Faculty of Medicine and 143 in Faculty of Dentistry.

Every year we implement several hundred scientific projects at the Wroclaw Medical University. We are also conducting a few major international grants and leading consortiums. Today science has no boundaries and for this reason we want to develop scientific disciplines with scientists from all over the world. Scientists from Wroclaw Medical University are conducting three prestigious grants financed by the European Commission, including two under the Horizon 2020 Programme, SECURE and BETA-3. Among them, nationally unique non-commercial clinical studies by a team led by Prof. Piotr Ponikowski.

WROCLAW – WELCOME TO THE MEETING PLACE

Wroclaw is the fourth largest city in Poland with over a thousand years of tradition. Called “the Venice of the North” thanks to its 12 islands and 130 bridges over the Odra River, the Lower-Silesian capital is a meeting place for people of science, business and culture. The local universities attract thousands of students every year, offering them not only the highest level of education, but also a chance to live in a historical yet modern city full of music and art, with rampant nightlife and vast job opportunities.

Wroclaw is also known for its medical traditions, dating back to the 13th century when the first city hospital was founded. Through the years many renowned doctors lived and worked here. Starting with Alois Alzheimer, a neurologist, psychiatrist and finder of the Alzheimer's Disease, a microbiologist Ludwik Hirszfeld who established the basis of the blood groups science and two Nobel prize winners, Robert Koch awarded for the creation of modern bacteriology and Paul Erlich, one of the pioneers of chemotherapy.